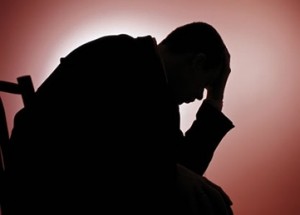 Anxiety disorder and changed lives – Take a look at the tabloid scene today and, chances are, you’ll see nothing but second-guesses and armchair diagnoses of Britney Spears’ mental health problems.
Everything from anxiety disorder to depression, from bipolar disorder to schizophrenia have been blamed for her recent (and not so recent) behavior. Just a few months prior, the tabloids were doing the exact same thing to Tom Cruise, especially after that infamous moment where he jumped up and down Oprah’s couch like a hyperactive, spoiled brat on a sugar high.
However, according to the American Psychoanalytic Association, this act of “armchair psychoanalysis” may do more harm than good for Britney Spears, or pretty much anyone that is subjected to the same treatment.
Panic Disorders – The primary symptom of panic disorder is the occurrence of panic attacks combined with fear of developing them again.
In a number of cases, assigning problems like anxiety disorder or bipolar disorder to someone other than the therapist or psychiatrist whom one has never met personally is unprofessional and dangerous.
Even with the comprehensive coverage by news media, it still can’t detail everything that goes on in a person’s life, and even if it could, it still couldn’t reveal what exactly was going on in a person’s head.
Stress Disorders – This condition is centered on negative reactions to traumatic events in a patient’s life.
The ASA is concerned not only with the impact such accusations might have on Spears’ mental health (which they have declined to speculate upon) but also on the public perception of psychology and psychiatry as a whole. According to them, a proper diagnosis emerges from several consultations and meetings with the patient, and not merely the observations of “ridiculous” behavior that the tabloids were making.
Anxiety disorder due to physical causes. These include general medical conditions or developed because of substance abuse.
People suffering from anxiety disorders need to be made aware of their problem. They need to use self-help methods also to curb these issues.
Sessions of psychotherapy may be enough to treat mild anxiety disorders. Many health professionals, however, encourage the use of medications coupled with psychotherapy to treat patients with severe cases of anxiety disorders. Because of many medications and treatment for anxiety disorders, doctors may not be able to predict which combination is beneficial for a certain individual. There are cases that doctors may try a different medication or treatment over a period of six to eight weeks in order to assess their effectiveness.
They also point out that attempting to diagnose any mental illness when the patient might have a substance abuse problem is highly improbable during the best of circumstances, let alone under media-controlled scrutiny.
Find more information about easy relaxation techniques and how to have self-confidence.