What is Natural Health Medicine?

Natural health medicine with eye movement desensitization and reprocessing – The past century has seen the field of conventional medicine grow and dominate world health care, though the time was worn and tested practices of natural health medicine have far from become obsolete, rather many choose to use it as alternative treatment when conventional procedures are ineffective or prove to be too invasive. 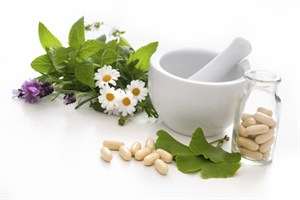 People are still looking for natural health medicine to cure PTSD, trauma, and a few other mental problems. I remember when I traveled to Africa last summer, I attended a herbalist conference where such things were discussed. A herbalist in Africa is regarded as the one who’s been giving great knowledge of how to use herbs and leaves. A tradition that has been passed down from generations to generations.
Natural health medicine is also known as Naturopathic medicine, or naturopathy, and includes many fields from all over the world, including herbalism, acupuncture, aromatherapy, homeopathy, hydrotherapy etc. The treatment concentrates on a holistic approach, where the mental well-being of a patient is treated along with his physical problems. The founder of Naturopathy is believed to be Hippocrates, the Greek Physician, who promoted the use of herbs, ironically Hippocrates is also considered as the Father of conventional medicine. Though with the variety of fields that Naturopathic medicine covers, one is left in doubt as to the true founder, as for each field there was a different one.
In the modern day, natural health medicine has had a hard time competing with the success of conventional medical practices. Yet due to its long-standing roots in many cultures, for example, homeopathy in India and acupuncture in China, naturopathy has managed to last through the depression period and is once again becoming the preferred method of treatment among numerous patients. With the opening of a proper, 4-year Naturopathy degree college in Portland, the reputation of naturopathy is gradually being restored.
Given the various backgrounds of Naturopathy and considering the different cultures from which it originates, it is also very common to find that different courses of treatment will be suggested depending on the country in which one is receiving treatment, for example, Naturopathy treatments in India emphasize vegetarianism and even yoga. Due to its long history and strong cultural foothold, a day without Naturopathy looks unlikely, and even though the past century has seen a decline in its uses, recent interest suggests that Naturopathy could once again become a well-respected course of treatment.
Natural health medicine has become a great debate as to whether some parts of the third world countries want to embrace the modern medicine, or maybe just simply stay with their herbs and roots. As a free thinker, I believe there is nothing wrong in practicing both. It all boils down to healing and curing the sick.