Emdr and Spirituality seem to be connected one way or the other.  I took time to study the link between the two as I document every stage of my finding.  The documentation was in reference to one of my friend that was undergoing the psychotherapy treatment to treat his post traumatic stress disease and an individual that volunteered to be treated spiritually by a high priest.  Both treatment commenced the same month.  To be sure I was going to get the best result, I made sure my friend never met the other individual who volunteered to be treated spirituality by the said high priest.  Everyday;I recorded their feedback and to my surprise, the description from both of them were similar. 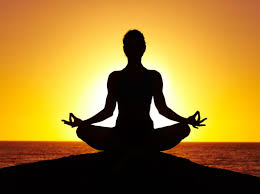 We all know that most people who have experienced some sort of traumatic torture in their life end up acting like a psycho if their problems are not addressed quickly.  One thing I learned with time is the fact that people tend to make their love ones feel the pain they felt by making them miserable.  It might not be true in all cases; this is simply my observation.

We all know that most people who have experienced some sort of traumatic torture in their life end up acting like a psycho if their problems are not addressed quickly.  One thing I learned with time is the fact that people tend to make their love ones feel the pain they felt by making them miserable.  It might not be true in all cases; this is simply my observation.
The fact that the individual who volunteered, and my friend never met each other before but yet they shared similar results made me believe that the interpretation of EMDR is directly proportional to spirituality from a celestial 3D world.  EMDR is to reduce or eliminate past traumatic effects on an individual; stuck or resident in some part of the memory according to Francine Shapiro, a practise of psychotherapy.
Spirituality have different definitions as well as the therapy behind the eye movement desensitization, one reflect divinity as a religion, while the other makes good use of reprocessing technics, which in turn is psychotherapy.  Many tribes from different country have been using this process to heal their loved ones who have gone through severe trauma, long before Francine Shapiro, Ph.D. discovered the theory behind the eye movement reprocessing process.  Those tribes uses spirituality as mysticism, which is their believe in voodoo cult, and communicate with the spirits of the shrine.
Combining emdr study with spirituality is a whole different ball game because although emdr has to do more about physiotherapy which in turn is an enhanced and buffered systemic hypnotism while spiritualism on the other hand has to do more about psychology.   The definition of this divine topic is clearly distinguishable from the unique perspective of the individuals and the tribe – (some of the tribes to define the word as reciting incantations to invoke the spirits), location, language, and many other criteria, the definition makes sense .
The definition of mysticism or deep and can not be removed or adequately dealt with this page, if you wanted.  A few populace think it’s’ the art of making and applying the body to fast and pray, but a group of elite think it is a combination of everything above and beyond.  No matter how you read a meaning to the emdr and spirituality definition, the consistency of the existence of the co-ordination of man to determine the definition of human behavior and secular, which in today’s world, so we are connected.  The act of spiritualism allows us to be interconnected.  All things are connected in one way or another, the web, people (living or dead), the land within the earth and its fullness; and so on.
Emdr and spiritualism compared to emdr is the mechanism that drives our ego to reset our memory or abstain from doing things from the past.  We are indirectly controlled by this actions, and combined with a heavenly power that no one can be moved, the force is familiar with the power to prepare.  My experiment actually made me understand so many things about who we are and how so little things can make big differences in our lives.